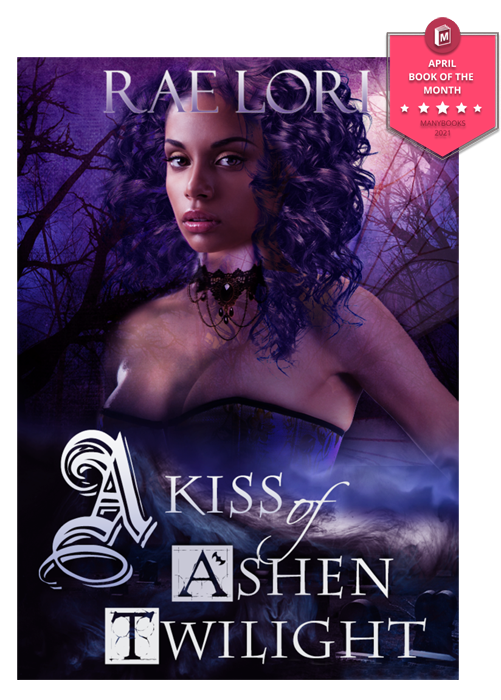 From award-winning author Rae Lori: Ariya, an Aziza Faerie, crosses into the mortal realm to escape a vicious and deadly elemental creature. She discovers an underground world of Nightwalkers, Lycans and Shifter Elves hiding beneath human’s eyes. When she falls for the Nightwalker Regent Prince Jace Archane, love and loyalties are tested as an age-old rivalry unmasks a new enemy.

Other Books in the Ashen Twilight Series

Within the Shadows of Mortals (Book 2)

“With two strong lead characters, a nice plot and a good writing style this could turn into a
fascinating series.”

“This is one novel that I could not put down because there was so much action and emotion
going on between all the characters that held me captivated.”

“Loaded with action this fabulous tale enthralls you from the beginning. Fascinating characters
from Vampires to Shifter Elves are cleverly set up with a plot that is full of twists and turns….
An exceptional read.”

“…this first book in the series is a fun and imaginative voyage and a promising start to a new
series.”

“a well-written, intricate story. Ms. Lori’s descriptions are vivid and beautiful, evoking images in my mind that were like watching a movie as I read it.”